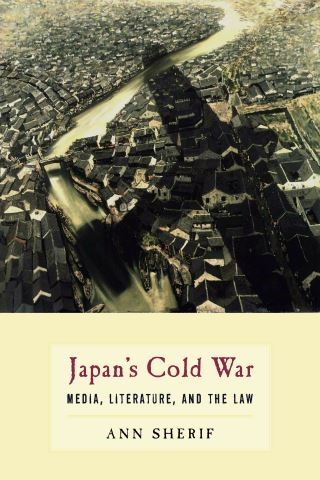 Media, Literature, and the Law

Critics and cultural historians take Japan's postwar insularity for granted, rarely acknowledging the role of Cold War concerns in the shaping of Japanese society and culture. Nuclear anxiety, polarized ideologies, gendered tropes of nationhood, and new myths of progress, among other developments, profoundly transformed Japanese literature, criticism, and art during this era and fueled the country's desire to recast itself as a democratic nation and culture.

By rereading the pivotal events, iconic figures, and crucial texts of Japan's literary and artistic life through the lens of the Cold War, Ann Sherif places this supposedly insular nation at the center of a global battle. Each of her chapters focuses on a major moment, spectacle, or critical debate highlighting Japan's entanglement with cultural Cold War politics. Film director Kurosawa Akira, atomic bomb writer Hara Tamiki, singer and movie star Ishihara Yujiro, and even Godzilla and the Japanese translation of Lady Chatterley's Lover all reveal the trends and controversies that helped Japan carve out a postwar literary canon, a definition of obscenity, an idea of the artist's function in society, and modern modes of expression and knowledge.

Sherif's comparative approach not only recontextualizes seemingly anomalous texts and ideas, but binds culture firmly to the domestic and international events that defined the decades following World War II. By integrating the art and criticism of Japan into larger social fabrics, Japan's Cold War offers a truly unique perspective on the critical and creative acts of a country remaking itself in the aftermath of war.